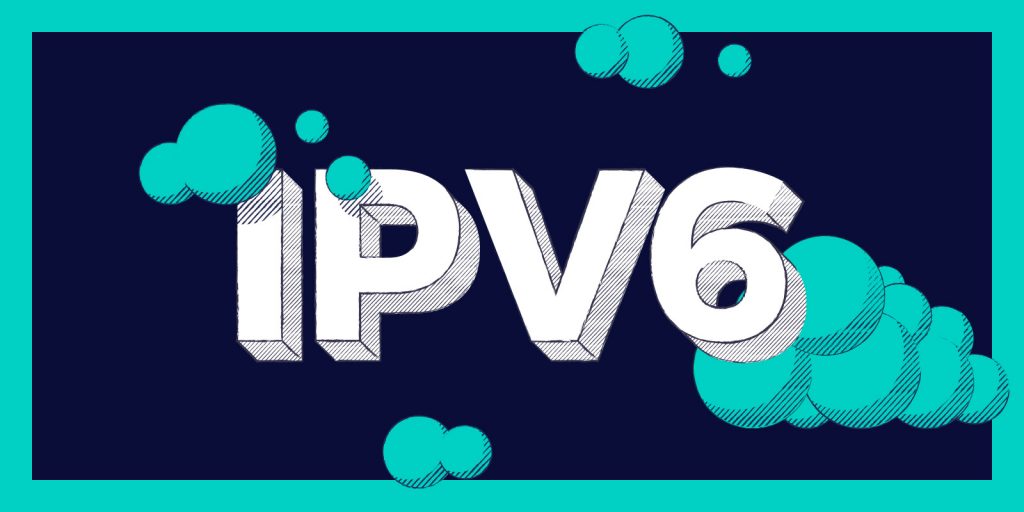 When visiting online tools like “What is my IP” or other networking clients, you are met with a chain of numbers that indicates the network you’re using. This is the IP address, and all devices sharing the network will have the same IP address.

However, some sites show two versions of your IP address, one of which will be the one your network device supports, as the website will tell you.

These are the IPv4 and IPv6 versions. Both versions were introduced to allow ISPs some wiggle room for assigning IPs, and while it seems both have managed to survive well, we’ll discuss why one will enjoy longer success.

When IPv4 failed Us

In the late 20th century, the fourth version of IP addressing was introduced as strings of numbers following a 32-bit system given to each network. What that means is that with IPv4 addressing, there are 232 possibilities with this version.

Right out the gate, the adoption of a stable, somewhat sustainable method for dividing cyberspace and designating each division with an identifier made it much easier for internet users to communicate with each other. We were only going to go forward from this point onward.

Of course, the idea probably wasn’t to move forward so quickly. Nonetheless, it became clear that the four billion or so possible combinations with IPv4 addresses, while initially plentiful, will run out soon after being issued to every networking device on the planet.

To deal with this issue, the goal was to come up with a system with a much wider range of possible addresses that will not be exhausted anytime soon and to overcome any networking shortcomings with the otherwise perfectly suitable IPv4 model.

What IPv6 Brings to The Table

The adoption of the 128-bit IPv6 addressing system was fast-tracked in the mid-2000s and has since picked up speed due to the benefits it offers, including those over the IPv4 system.

1. A Plentiful Supply of Addresses

The key advantage of IPv6 addresses is their greater length and use of alphanumeric characters, which affords a much greater stock of issuable samples. Specifically, the pool of IPv6 addresses consists of a total of 2128 possible combinations, or nearly 3.4 × 1038.

It takes little imagination to know that, even after discounting all the special IPs that have been reserved for specialized uses, this supply will not be coming to an end anytime soon.

Contrary to popular belief, multicasting, which is the transmission of multiple data packets along different routes in a single click, is very much possible with IPv4. However, with IPv6, this facility is updated to be much more efficient, largely through abandoning limited features like traditional, one-way broadcasting.

In a nutshell, IPv6 is the better option for users to connect with multicast groups around the globe while saving bandwidth.

3. Overall Ease of Use

While it seems that IPv6 is the future of networking in every conceivable way, even with all of its benefits there is one major issue. IPv4 and IPv6 systems are not mutually interoperable, meaning that they have no feasible way of exchanging information with each other. And with the number of IPv4-enabled devices as high as it is, transitioning completely to IPv6 is a challenge.

Nonetheless, with the proper mechanism for transitioning from IPv4 to IPv6 systems, this move is still possible, and very much necessary due to the problems we’ve discussed above. But while research continues to help us optimize our methods and practices, it’s best to take things slowly.

IP addresses play an important role in our online activities and affairs, like maintaining our identity, helping us connect with others, and providing geolocation services that can be used by retailers and other business owners to contact us more easily.

But we’ve come a long way from the very first version of IP address, and the unveiling of IPv6 addressing did more than just fix the immediate issue of depleting IP addresses to be issued by ISPs. They have helped our networking affairs to be much more refined and effective.

This new system has rendered the IPv4 infrastructure somewhat needless at this point. However, it is still used by countless users worldwide to access the web and will take time to completely leave behind.

Till then, make sure to safely surf the internet and, if you suspect your IP address is vulnerable, find out what is your IP address and its details and you’ll know what to do.